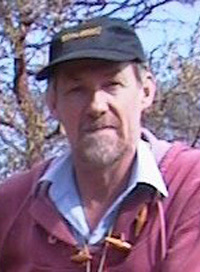 Simon joined Curtin, or the Western Australian Institute of Technology as it was then known, in 1981. He was awarded both his bachelors and doctoral degrees from the University of Exeter, and his PhD was entitled 'The Glen Lednock Complex, Comrie, Perthshire'. Simon moved from the UK to Perth to take up a position with the Geological Survey of Western Australia in 1972. He was Head of Applied Geology from 1991 to 1996, and inaugural Director of The Institute for Geoscience Research (TIGeR) from its establishment in 2006 until 2015. His research is focussed on the early Earth, the evolution of continental crust, and the geology of China.

Simon's research strengths are in the application of fieldwork, petrology, geochemistry and geochronology to the study of continental crustal evolution. All projects are international in scope, with current research being concentrated in Brazil, China, Egypt, Thailand, Vietnam and Western Australia. An overarching theme to this research is the desire to understand the range of processes that contribute to crustal growth. Most of the work over the past decade has involved the application of U-Pb SHRIMP (zircon, baddeleyite and perovskite) and Ar-Ar (hornblende, biotite and muscovite) geochronology to key lithologies in the Yilgarn and North China cratons. The necessity to interpret complex zircon structures at the single crystal level has led to collaborative investigations on oxygen isotope distribution with Prof John Valley and his group at the University of Wisconsin-Madison (using the Cameca 1270 and 1280 ion microprobes) and on hafnium isotope systematics with Prof Fuyuan Wu at the Chinese Academy of Sciences-Beijing (using LA-MC-ICP-MS).

Simon is a Thomson-Reuters Highly-Cited Researcher. He is a member of the Geochemical Society and on the Editorial Boards of several international journals.

Simon is now a Research-only Professor, but does mentor PhD students.