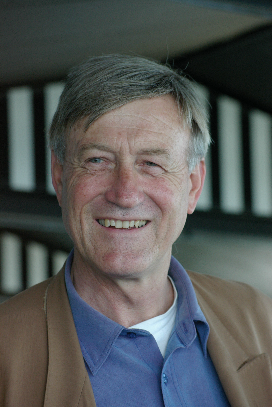 Peter Newman is the Professor of Sustainability at Curtin University in Perth, Australia. Peter is an academic who has written 20 books and over 350 papers on sustainable cities with a global reputation and has worked to deliver his ideas in all levels of government. Peter has worked in local government as an elected councilor in Fremantle, in Western Australia’s state government as an advisor to three Premiers and in the Australian Government on the Board of Infrastructure Australia and the Prime Minister’s Cities Reference Group. He is the Co-ordinating Lead Author for the UN’s IPCC on Transport. In 2014 he was awarded an Order of Australia for his contributions to urban design and sustainable transport particularly for his work in saving and rebuilding Perth’s rail system. In 2018/19 he was the WA Scientist of the Year. He is the Editor-in-Chief of the Springer journal Sustainable Earth.

He has over 360 publications including 22 books. Peter’s book with Jeff Kenworthy ‘Cities and Automobile Dependence (1989) has been described as ‘one of the most influential planning books of all time’ by Reid Ewing Professor of City and Metropolitan Planning at the University of Utah. The follow up book 'Sustainability and Cities: Overcoming Automobile Dependence' was launched in the White House in 1999.

Since then he has written seven American books that are used as texts. In 2006/7 he was a Fulbright Senior Scholar at the University of Virginia Charlottesville. He was the first Australian author invited to contribute a chapter in the Worldwatch Institute’s annual State of the World publication – the 2007 edition being on cities and is the author of a chapter on Urban Sustainable Development in the 2009 UN Global Review of Human Settlements. Peter has supervised to completion 54 PhDs in urban sustainability policy.

Peter works at a global level as an advisor and lead author in the IPCC where he has been appointed as the Co-Ordinating Lead Author for Transport covering the AR6 report over the next 3 years after being a Lead Author in AR5 and the Special Report on 1.50C. Peter has been a Visiting Professor in America, Singapore, Malaysia, China, Indonesia, Hong Kong, Denmark, New Zealand and the UK. He is a popular speaker at cities around the world where he has been asked to help set their sustainability agenda on a more solid and scientific foundation.

Peter’s work has always been about practical policy delivery and this is based on his experience as an elected local government Councilor in the City of Fremantle, from his three secondments to work in the WA State Government, 1986-87, 1989-90, and the last in 2001-3 where he directed the production of Western Australia’s Sustainability Strategy in the Department of the Premier and Cabinet, the first state sustainability strategy in the world. In 2004-5 he was a Sustainability Commissioner in NSW advising the government on planning issues. From 2010 to 2014 Peter was on the Board of Infrastructure Australia and is the only WA academic on the Prime Minister’s Cities Reference Group.

Peter is well known in Perth for his work in reviving and extending the city’s rail system from 1979 including the return of the Fremantle Rail line, electrification of the three heritage lines, building the Northern Rail line and the Southern Rail line as well as proposing a vision for the next 30 years of light rail and heavy rail to contain Perth’s urban sprawl. This activism has been turned into practical assistance in dozens of other cities.

Peter has received much recognition for his work.  In 2009 he was made a Fellow in the Australian Academy of Technological Sciences and Engineering and in 2017 a Fellow of the Planning Institute of Australia. In 2011 Peter was awarded the Sidney Luker Medal by the Planning Institute of Australia for his contribution to Australian town planning. In 2014 Peter was awarded the highest accolade in Australia - an Order of Australia - for ‘distinguished service to science education as an academic and researcher, through contributions to urban design and transport sustainability, and to the community’.

Peter was appointed in 2018 to be the first Editor in Chief of a new Springer-Nature-BMD journal, Sustainable Earth. And in 2018 he was appointed as WA Scientist of the Year by the Premier of Western Australia.

Sustainable cities with a focus on transport and land use, especially urban regeneration.

Integrating Transport, Land Use and Finance