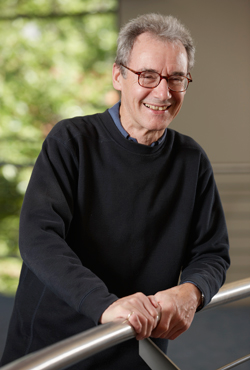 Simon did an MA at Oxford University (Psychology and Physiology) while attending The Ruskin School of Drawing part time. He went on as a postgraduate to study painting and the history of film at Slade School of Art London University. Since then Simon has been a freelance curator and art consultant as well as running his own gallery in London. He also lectured at The Tate Gallery and V & A Museum. Simon then went on to teach Cultural Theory at the extra mural department of Birkbeck College London University.

Since coming to WA in 2001 Simon has taught as a sessional tutor and postgraduate supervisor at Edith Cowan and Curtin Universities as well as being for two years art critic of The West Australian. Since 2005 he has been full time lecturer and coordinator of the History of Art and Design at Curtin, obtaining full tenure in 2010.

The nature of subjectivity after postmodernism together with issues of authorship, agency and originality. The particular arguments that have emerged regarding these issues as a result of relational, participatory and social artworks.