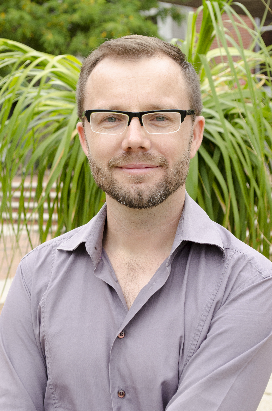 School of Design and the Built Environment

Tod is Associate Professor in Geography in the School of Design and Built Environment. His discipline is human geography, and his methods draw from cultural and political geography.  He has worked on heritage, cultural economy, landscape, planning, and tourism in Australia and Indonesia.

Tod has worked with a variety of organisations when undertaking research including the Western Australian Department of Cultrual and the Arts, Sustainable Tourism CRC, Department of Environment and Conservation, Tourism WA, the City of Albany, Shire of Esperance, CSIRO, National Trust of Western Australia, Baiyungu Aboriginal Corporation, Gwoonwardu Mia Heritage and Cultural Centre amongst others. All of the projects have been collaborative with researchers from Curtin University of Technology or other universities.

Tod began his relationship with Indonesia in 1999 when he started his PhD.  By the time he had completed his PhD in 2006 (which received a Chancellor’s commendation), Tod had developed a strong network of collaborators across the country.  He has continued with this research through his publications and projects.  This included a five month Netherlands Institute of Advanced Studies (NIAS) Fellowship in the first half of 2013.  His book with KITLV Press, Culture, power and authoritarianism in the Indonesian state: cultural policy across the twentieth century to the Reform era, was published in June 2013.

Tod’s tourism projects included the development of The Valuing Places Toolkit, and the Ningaloo Destination Modelling project, where he coordinated researchers across six universities and the CSIRO to develop a scenario planning tool for tourism development for the Ningaloo Coast region of Western Australia. The NDDM project was funded by the CSIRO Wealth from Oceans Flagship and the Sustainable Tourism Cooperative Research Centre for Sustainable Tourism. When including in-kind contributions, all parties are contributing $3.1 million.  These projects developed Tod’s close relationship with the mid-west of Western Australia, in particular the Gascoyne region and the amazing Ningaloo coast.

Tod’s research draws from human geography, cultural theory and planning perspectives. He has managed many projects in regional locations.  His research has investigated:

Tod coordinates and teaches in four units in the Geography Major in the Bachelor or Arts: Fieldwork Skills, Places, Regions, Landscapes, and Geographies of Migration.  He has previously taught Geographies of Food Security, Physical Geography, Geographies of Health, and Landscape Planning and Heritage.

Tod's supervision is based on supporting self-directed students to make the most of the opportunities presented by doctoral and masters research. I have a strong focus on the PhD process and ensuring that students will write a strong thesis that will easily meet the requirements of their degrees and the expectations of markers. I am particularly keen to assist students with an interest in research on heritage conflict and management, Indigenous cultural and/or heritage organisations, heritage project assessment, cultural policy and cultural tourism in Australia and Indonesia.