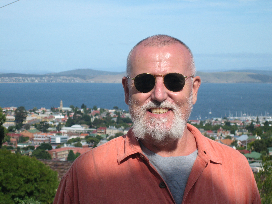 My area of expertise is research design and data analysis in applied behavioral research. I have been employed in the School of Psychology and Speech Pathology at Curtin University since 1996 (20 years continuous service), providing methodological and statisical advice to Honours, Masters, and PhD students, and academic staff. Most of these consultations have involved students and staff from the School of Psychology and Speech Pathology, but I also advise students and staff from other Schools in the Division of Health Sciences (namely, the School of Public Health, and the School of Nursing, Midwifery, & Paramedicine), and the Department of Architecture and Interior Architecture. I also provide methodological and statistical guidance to the Australian Respiratory Early Surveillance Team for Cystic Fibrosis (AREST CF), the Asia Pacific Transgender Network (APTN), and the Animal Fun (AF) projects.  I am a co-director of the Aussie Optimism (AO) program. AO is an evidence-based mental health promotion program for children in primary and lower secondary schools. In the last five years, the AO program has attracted around 2.5 million dollars in funding from Healthway and the Government of WA Mental Health Commission. The funded projects have generated publications in national and international journals and the results have been disseminated at international conferences in Boston, Copenhagen, Barcelona, Florence, Mumbai, and Berlin. In 2008, on the basis of AO research up to that time, my colleagues and I were awarded Suicide Prevention Australia’s LIFE Award in the Youth Category. Since 2000, I have been a Chief Investigator on research grants worth 4.8 million dollars (2.3 million in the last five years), and have co-authored 88 publications in peer-reviewed journals (70 in the last five years). I currently have 19 co-authored articles in review. Since 2000, I  have been involved in supervising 32 PhD students to completion. In the last five years,I have supervised 22 PhD students to completion (6 as primary supervisor or co-supervisor, 15 as associate supervisor, and 1 as adjunct supervisor). I am currently on the supervisory panel for 23 PhD students (4 as primary supervisor or co-supervisor, and 19 as associate supervisor).  As a supervisor, I help the students negotiate the methodological and statistical pitfalls that entrap them during their candidacies.  Regardless of my supervisory role (primary supervisor, co-supervisor, associate supervisor), the methodological guidance that I provide is generally substantial and often crucial to the success of the thesis.

In my role as a methodological and statistical advisor, I have been involved in projects investigating topics as diverse as (a) the psychosocial correlates of motor coordination in adolescents (published in Pediatrics), (b) intergroup anxiety in the formation of attitudes toward Indigenous Australians and refugees (published in the Journal of Applied Social Psychology), (c) parental coping with the death of a twin or higher order multiple (published in Twin Research &Human Genetics), (d) developmental changes in the structure of ability across childhood (published in the European Journal of Developmental Psychology), (e) comparing frontotemporal dementia to Alzheimer’s disease in terms of carer burden (published in Dementia: The International Journal of Social Research and Practice and the Australasian Journal on Aging), and (e) the proposed ICD-11 Gender Incongruence of Childhood diagnosis (published in the Archives of Sexual Behavior), and (f) the influence of colour on student emotion, heart rate and performance in learning environments (published in Colour Research & Application). I have also co-authored several meta-analyses: Two looking at the effect of behavioural activation interventions on depressive symptomatology (published in Clinical Psychology: Science and Practice and the Journal of Positive Psychology), and one looking at interventions for the prevention of eating disorders (published in the International Journal of Eating Disorders). My colleagues and I are currently updating a meta-analysis looking at the impact of cognitive behavioural therapy on psychotic symptomatology.

In addition to my advisory, supervisory, and research roles, I am unit coordinator for the second semester post-graduate research methods unit (PSYC7009) in the School of Psychology and Speech Pathology.  PSYC7009 is essentially an on-line unit, although two computer labs are scheduled during the semester. The unit reviews emerging strategies in applied psychological research; the emphasis is on research design rather than statistics, and on quantitative rather than qualitative methods. On completion of the unit, students are expected to be able to resolve the common methodological problems that have traditionally compromised research in the behavioural sciences. Over the last five years, PSYC7009 has enrolled between 27 and 36 students. These students are a mixture of Clinical Masters and PhDs, and Counselling Masters and PhDs. Course ratings for the last five years show that an average of 96% of students responded positively to the item “Overall, I am satisfied with the Unit”.