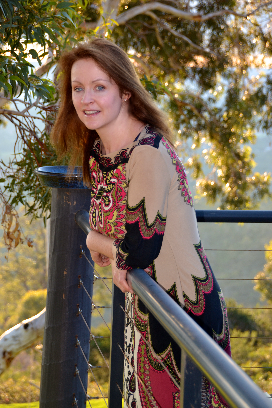 I have been working as a forensic psychologist for 20 years. I am recognised as a global expert on stalking and have published several books and more than 50 scientific papers on this subject. I have also published on the folowing topics: Islamophobia, racial and religious discrimination, suicide in prisons, celebrity worship, offender profiling, mentally disordered offenders, male rape, internet sex offenders, threat assessment, the role of psychology in forensic science.

In the UK I was one of a few accredited Behavioural Investigative Advisors ('offender profilers') and worked with the police on both active and cold cases. I regularly provide input to the police and other agencies (both public and private) in murder, domestic violence, stalking, and threatening communication cases.

I graduated with a first class honours degree in psychology from the University of Leicester in 1997. I then spent three years completing a forensic psychological PhD on a part-time basis. My PhD represented the first European work on the psychology of stalking and harassment. Whilst completing my PhD I was employed as a Research Assistant on three projects. One concerned the creation of the British Home Office’s Memorandum of Good Practice for interviewing child and other vulnerable witnesses, one was focussed on young sexual abusers, and one concerned contact between imprisoned parents and their children. In 2000 I was appointed as Lecturer in Forensic Psychology at the University of Leicester, and became Senior Lecturer in 2005 when I took on primary responsibility for running the University’s MSc in Forensic Psychology. From 2007 until 2012 I was employed as a part-time Senior Research Fellow in Psychology at Heriot Watt University in Edinburgh. I have supervised more than 500 undergraduate and postgraduate student projects in numerous forensic and clinical psychology topics.

My research has focused primarily on the harassment behaviour known as stalking. In this field I am currently interested in evolutionary explanations of stalking behaviour, cross-cultural investigations, the association between stalking and sex offending, young stalkers, and the effects of psychological versus physical damage on stalking victims. Following a research project that I conducted for the Association of Chief Police Officers, all 43 police forces in England and Wales have introduced a risk assessment form that I authored. This form is now used in all cases of harassment reported to the police. When I began to research stalking in 1997 very little was known about the phenomenon. Now, the current state of knowledge is such that analysis of more specific aspects of stalking and harassment are warranted.

Ordinary Member, Board of Examiners for the British Psychological Society’s Division of Forensic Psychology. 2005-2012.

Senior Research Examiner, Board of Examiners for the British Psychological Society’s Division of Forensic Psychology. 2005-2012.