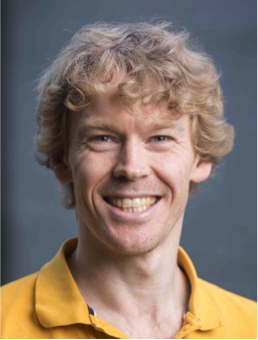 I am a postdoctoral research fellow working at the interface between transient radio astronomy and astroparticle physics. My research interests include cosmic rays, neutrinos, and fast radio transients. I am a member of the CRAFT collaboration, searching for enigmatic fast radio bursts with ASKAP, the Australian Square Kilometre Array Pathfinder; the ANTARES and KM3NeT neutrino telescope collaborations, in order to detect high-energy astrophysical neutrinos in the depths of the Mediterranean; and the Square Kilometre Array's High Energy Cosmic Particles Focus Group, in order to study cosmic rays using the nanosecond radio pulses they generate when interacting in matter - including a current experiment with the Murchison Widefield Array.

Cosmic rays are the highest-energy particles in nature, bombarding the atmosphere with energies millions of times higher than can be produced even by the Large Hadron Collider. The source of these extreme particles (perhaps supernovae, gamma-ray bursts, and/or supermassive black holes), and what occurs in their collisions, is yet unknown.

When cosmic rays interact with the Earth's atmosphere, they produce a cascade of secondary particles, which in turn emits a pulse of radio-wave radiation. The Dutch radio telescope LOFAR has demonstrated that these pulses are the most precise method for studying cosmic rays, and the key to unlocking their origin.

The Murchison Wideeld Array (MWA) is a low-frequency radio telescope located in outback Western Australia. It is an ideal instrument for cosmic ray studies: it can study the emission at higher frequencies than LOFAR, and it is located in the radio-quiet Murchison Radio-astronomy Observatory. Furthermore, it is a precursor for the Square Kilometre Array, and the SKA's High Energy Cosmic Particles Focus Group plans to use to study these particles with ultimate precision.

To this end, a prototype particle detector has recently been deployed in conjunction with the MWA, in order to measure particles making it to ground level, and trigger the MWA to observe the few microseconds of data every hour that will contain a cosmic ray signature will be present. Studies are also ongoing to use radio-only data to search for a cosmic ray signature.

Whatever in the universe is producing cosmic rays will also produce neutrinos. After photons, these almost massless particles are the most common in the universe, with billions passing through each of us every second. The interactions of cosmic rays with matter and light during their production and propagation inevitably leads to neutrino via the decay of pions, muons, and neutrons. Unlike cosmic rays, which have their paths bent by cosmic magnetic fields (thus obfuscating their origin), neutrinos are uncharged, and only weakly interact. Detecting them will therefore point back to sites of cosmic ray acceleration, and open a new window on the universe.

KM3NeT, and its predecessor ANTARES, are underwater neutrino telescopes located in the Mediterranean sea. Utilising the dark of the ocean depths, they detect the Cherenkov radiation resulting from the rare interactions of neutrinos in the surrounding water. The low scattering of deep ocean water allows precise a reconstruction of the light signature of detected events. The goal of KM3NeT is to study both Galactic and extragalactic neutrino sources,. The IceCube neutrino detector at the South Pole has so-far discovered only one such source - and this is not yet well-understood.