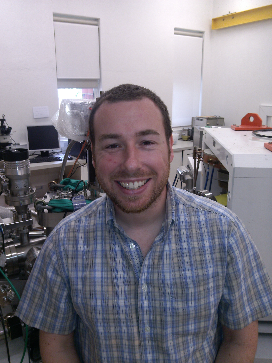 Professor Chris Kirkland is leader of the Timescales of Mineral Systems Theme with the Centre for Exploration Targeting Curtin Node. He completed his undergraduate degree in Geoscience at the University of St Andrews in Scotland and gained a PhD in isotope geology at University College Dublin, specializing in Secondary Ionization Mass Spectrometry. After completing a Postdoctoral position at the Swedish Museum of Natural History, he moved to Western Australia in 2008 to take up a position as a Senior Geochronologist with the Geological Survey of Western Australia (GSWA). As part of this position he was responsible for the development of isotope geology within GSWA and focused on the development of state-wide Lu-Hf and oxygen isotope compilations linked to other chemical, physical and remotely sensed datasets.

My research seeks to constrain the timing and spatial extent of a wide range of geological processes including mineralization through direct and indirect dating of ore bodies and their distal footprints. I apply geochronology to date sedimentation, magmatism, fluid flow, mineralization and deformation and have traced crustal evolution through a range of stable and radiogenic isotopic methods, with implications for tracking prospective zones. I have applied these methods in numerous settings including: Western Australia, Scotland, Northern Ireland, Norway, Sweden and Greenland.

Specific aspects of my research include: