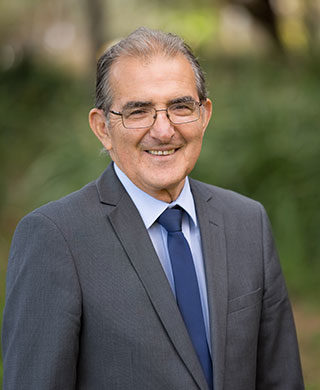 Evan was formerly the Director, Strategic Engagement at Curtin University – a position he had occupied since 2014. He announced his retirement from the University effective from the end of August 2019.

Prior to joining Curtin University in February 1998, Evan enjoyed a successful 30+ year career with the Commonwealth Public Service which concluded while in the position of Regional General Manager WA/SA for the Department of Administrative Services.

Evan is actively involved in community and business activities. He is a Life Member and Past President of the Hellenic Australia Chamber of Commerce and Industry. He is currently a committee member of the Australian British Chamber of Commerce, Historical Heart Committee, Faculty of Science and Engineering Advisory Council and a national board member of The Hellenic Initiative (Australia).