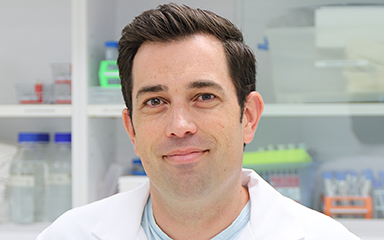 Professor Rackham gained his Bachelor of Science and Doctorate in Biochemistry at the University of Otago, Dunedin, New Zealand. In 2003 Oliver relocated to the MRC Laboratory of Molecular Biology, UK, as an MRC Career Development Fellow, working with Professor Jason Chin on approaches to systematically re-engineer the genetic code.

Oliver established his own group in WA in 2006 as an NHMRC Peter Doherty Fellow. Since then he has been awarded a Wenner-Gren Foundation Fellowship, an ARC Future Fellowship, the Marshall Medal, and was inducted into the European Inventor Hall of Fame. Oliver joined Curtin University and the Curtin Health Innovation Research Institute in 2019 and his research is currently funded by grants from the ARC, Cancer Council WA, and NHMRC. He was a founding member and past President of Synthetic Biology Australasia.