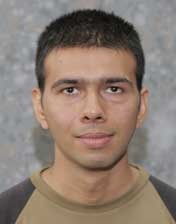 After my PhD on the feedback processes in galaxies at the Raman Research Institute in India, followed by a post-doc at the Institute for Computational Cosmology (Durham) in the UK,  currently I am an ASTRO-3D research associate at the ICRAR & CIRA Curtin University.  The main focus of my research is in the area of galaxy formation and reionization. Galaxies are the building blocks of the Universe, and the ultimate goal is to understand how the first galaxies were formed and how they impacted the ionization state of the Universe, which are the fundamental and as yet unsolved problems in astrophysics.

Telescopes worldwide, including the Hubble Space Telescope (HST), are revealing snapshots of galaxies at high redshift; and the surveys such as the Murchison Widefield Array (MWA) and Square Kilometre Array (SKA) aim to reveal the state of the Universe during the epoch of reionization when first galaxies were born. Moreover, the missions such as GAIA, GALAH and SkyMapper provide a gold mine of data on the locations and abundances of early stars and will enable us to study the formation history of our own Galaxy, the Milky Way.

My recent research was on understanding the star formation in early galaxies and its impact on the epoch of reionization and on the abundance patterns of the old metal poor stars that were formed in first galaxies. The penultimate goal of my research is to unravel the nature of galaxies that reionized the Universe, and to identify the fossils of reionization (siblings of first stars) in the Milky Way today.    List of publications from the NASA-ADS