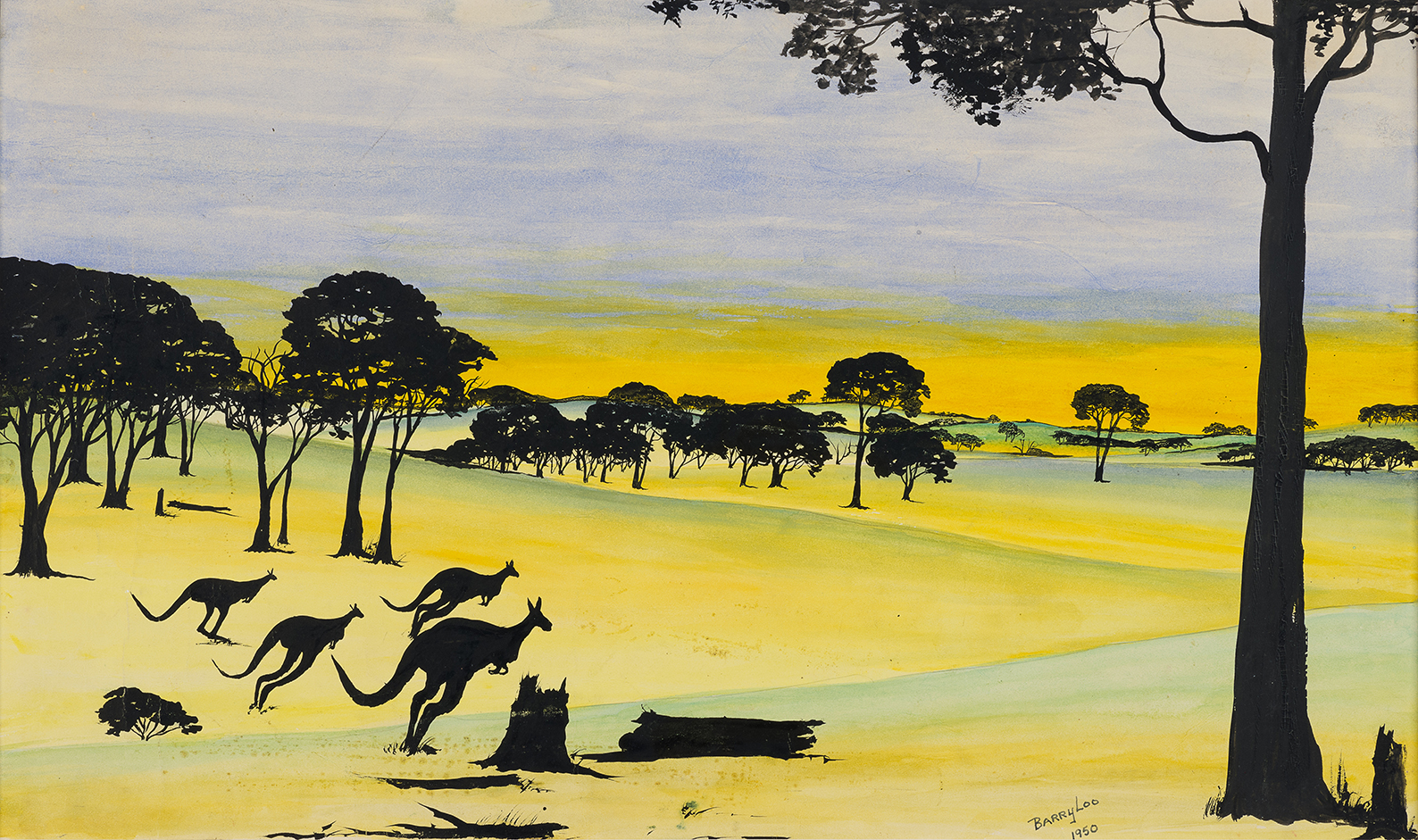 The global search for hundreds of precious artworks created by Australian First Nations children who were forcibly taken from their families in the 1940s has reached Scotland, with households urged to join the search.

A selection of the treasured collection created by Aboriginal children interned at the remote Western Australian settlement of Carrolup in the 1940s will be showcased at the University of Glasgow Memorial Chapel from October 6 to November 10.

It is the first time this selection of artworks has returned to the UK in 70 years – after London Soroptimist Club Founding President Mrs Florence Rutter first met the artists and arranged exhibitions in Edinburgh, Glasgow and other cities in the UK during the 1950s. Proceeds from the sale of the artworks were used to purchase more drawing materials for the children at Carrolup.

John Curtin Gallery’s Carrolup Manager Kathleen Toomath, whose late mother Alma was the last-known surviving Carrolup artist, said reconnecting missing artworks with relatives of the child artists would represent a powerful step towards reconciliation for the wrongs of the past.

“Imagine if your grandmother or grandfather – who you never got to meet and there are no known photographs of – created one of these works during a deeply traumatic time in your family’s history,” Ms Toomath said.

“Finding something so precious and rare, an artwork so historically significant that it can almost transport you back to that time and offer a glimpse into their world view, would mean so much. That artwork could be the only physical connection a family has with their ancestors, so it’s a critical part of the reconciliation process and a tangible step towards making tomorrow better through the power of art.”

John Curtin Gallery Director Mr Chris Malcolm is calling on communities, organisations and the general public across Scotland to help find any other missing works created by the children of Carrolup.

“We are encouraging people across Scotland to help our global search for these culturally significant drawings by checking their attics, cupboards and households for any similar artworks,” Mr Malcolm said.

“The key clues that people need to be looking out for include the use of chalk or pastel on paper and many depict the Australian landscape and wildlife, including kangaroos. We would urge everyone to see for themselves at the new exhibition in Glasgow, which tells this incredible story.”

“As the Curator spending time with the artworks, I am in the children’s world for a moment,” Ms Broun said.

“As the daughter of a stolen child, the children’s artworks and their stories resonate with me. I understand the pain on the children’s faces and hear their voices in their letters, but the drawings belie this pain and speak to our humanity. The child artists overcame adversity through art – they are the heroes of the exhibition.”

Mrs Rutter recognised the significance of the works after visiting Carrolup in 1949, where teachers Noel and Lily White had found a way into the hearts of the children through art. Many Carrolup artists became prolific artists, surprising the world with their ability to reveal their deep understanding of Country – Nyungar Boodja.

The children’s drawings set off on what turned out to be an incredible 65-year journey circumnavigating the world, including a 40-year hiatus in the United States of America, where the works lay undiscovered in storage at Colgate University in New York.

Since 2013, John Curtin Gallery at Australia’s Curtin University – in partnership with Indigenous Elders – has been the custodian of The Herbert Mayer Collection of Carrolup Artwork, which provide an insight into the lives and experiences of the children who are now known as Australia’s Stolen Generations.

The process of reconnecting Carrolup artworks with families is at the heart of Curtin University’s Carrolup Centre for Truth-telling, an ambitious project to create a permanent home for the collection in Australia and provide an opportunity for others to learn about this tragic period in Australian history.

Anyone across the globe who thinks they may have found one of the Carrolup children’s artworks can contact us via our website.

Presented by the John Curtin Gallery as part of the UK/Australia Season 2021-22 and supported by the Department of Local Government, Sport and Cultural Industries and BHP with guidance from Goreng Elder of the Nyungar Nation Mr Ezzard Flowers, ‘Tracing the art of a Stolen Generation: the child artists of Carrolup’ is curated by Ms Broun and Adjunct Curator Dr Helen Idle.

For more information about the children’s artworks and the Carrolup Centre for Truth-telling, visit here.

Tracing the art of a Stolen Generation: the child artists of Carrolup

• Open to the public from 6 October – 10 November: University of Glasgow Memorial Chapel, presented in partnership with The Hunterian