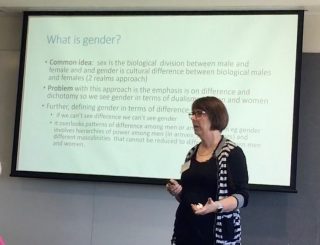 One of the action plan items resulting from Curtin’s Bronze Athena Swan accreditation is the establishment a university-wide Gender Research Network. The ambition for this network is to share best practice on and raise awareness of gender research at Curtin, and to influence change in a way that is positive for gender equality.  In the first meeting, Emeritus Professor Rhonda Sharp provided important insights on gender research. Following Rhonda’s presentation a good discussion was held amongst various gender researchers at Curtin about the strategy and activity plans for the Gender Research Network in 2020. If you are interested in joining the network please do not hesitate to contact Siobhan Austen (Siobhan.Austen@cbs.curtin.edu.au) or Jaslin Kalsi (Jaslin.Kalsi@curtin.edu.au). Dr Tererai Trent who is a lauded humanitarian and sought-after transformational speaker hosted a workshop in Perth, Australia. She has appeared as a guest on the Oprah Winfrey show several times and is voted as one of Oprah’s all-time favourite guests. The workshop was themed on women’s empowerment and her acclaimed book The Awakened Woman: Remembering and Reigniting our Sacred Dreams. The event was a success and made possible by Ebony and Ivory Workshops. Curtin University hosted the venue with Professor Siobhan Austen, Director of WiSER, as the master of ceremonies. Yixiao Zhou Selected to Participate in the Women in Economics Retreat

Yiziao Zhou was selected as a participant in the 2018 Women in Economics Retreat held in Bowral, NSW. The retreat provided an opportunity for around 20 junior and mid career economists to develop their networks, receive mentoring and strengthen their leadership skills. Participants in the retreat were drawn from academia, government and the private sector, and provided great opportunities for networking and broader economic discussions.

Professor Linley Lord has been appointed as Pro Vice-Chancellor of Curtin Singapore. Professor Lord has held a number of senior positions since commencing with Curtin in 2001 and is currently a member of the University Council and Council Executive, Chair of the Academic Board and a member of Curtin’s Planning and Management Committee. Her appointment will see her play a critical role in strengthening Curtin Singapore’s relationships with industry and government and enhancing its reputation in teaching and research. 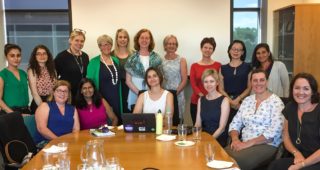 Suzanne joined the Global Hunger Project as CEO in 2017, after serving as co-founder of the leadership development and education firm 2130 Partners. She has over 25 years of experience in leadership development, working with indigenous women leaders in Peru, college students in China, and women entrepreneurs in the Middle East. She is a recognized speaker on leadership and women-in-business issues, Suzanne also served as a Group Chair for Vistage International, a professional organization dedicated to increasing the effectiveness and enhancing the lives of chief executives and those they influence though their leadership. Suzanne co-authored a leadership development book with Dwight Frindt titled “Accelerate: High Leverage Leadership for Today’s World.

Associate Professor Helen Hodgson has been awarded the ATTA-Hill medal for outstanding contribution to Australasian tax teaching and tax policy.

The ATTA Hill medal was first introduced in 2000 and is awarded in recognition of outstanding contribution to Australasian tax teaching and policy. Some of Helen’s contributions to ATTA over the last 30 years include being one of the foundation members, serving as ATTA’s first Treasurer/Secretary and helping draft the original ATTA Constitution.

Dr. Htwe Htwe Thein and her team, was one of the successful recipients in the latest ARC Discovery Project round, securing funding for a 3-year project titled: “Global Production Networks and Worker Representation in Myanmar”

Summary: This project aims to assess the impact of global production networks on worker representation in Myanmar’s garment sector, which is leading the country’s integration into global supply chains at this crucial time in its economic and political development. This project’s findings will be used to theorise how complex interactions between different economic and social actors across geographic scale affect the rights and interests of garment workers, and the quality of their employment. This will provide significant benefits that will make an important contribution to scholarly understandings of the impact of labour agency on global production networks and provide a strong evidence base for decision-making by local and international stakeholders. As the majority of garment workers in Myanmar are women, the project has a strong gender aspect

Linley has secured research funding from Sub-Sea Energy Australia to establish a baseline data set for women’s participation in non-traditional (STEM) professions within the subsea industry in Western Australia. This baseline, once established will be used to measure the success of strategies and change initiatives aimed at increasing women’s participation and gender equity in the industry.

Siobhan Austen has been invited to join the Associate Editors of Feminist Economics for the term of 2018-2020. This opportunity builds on Siobhan’s current role as a board member and is a great honour given the Board includes such notaries as Nobel Laureates Amartya Sen and George Akerlof.

Summary: In some parts of the world, the ratio of men to women is unusually high, a phenomenon coined as ‘missing women’. Historically, increases in this ratio during and after wars have been observed but not consistently studied. This project will provide the first comprehensive examination of the link between wars and sex ratios.

Our analysis will focus on the case of South Caucasus, a region that has seen eruption of conflicts as well as significant increases in sex ratios following the collapse of the Soviet Union. We will a) decompose ‘missing women’ by age and region; b) estimate the causal effect of war on sex ratios; and c) evaluate the role of underlying mechanisms (biological, cultural, e.g. son preference).

Drawing on a unique community-level dataset, our identification strategy will exploit the case of the Nagorno-Karabagh border conflict (between Armenia and Azerbaijan) and will rely on difference-in-difference method using the variation in distance to border and timing of conflict. This approach will difference out the effects of other factors (e.g. fertility decline, economic insecurity, etc.) on sex ratios.

The results will have important implications for gender equity in the war-torn countries of the wider region (Middle East, North Caucasus) and beyond.

The WiSER team, led by Siobhan Austen, was successful in the latest ARC Discovery Project round, securing  funding for a 3-year project titled “Inside the black box: Intra-household resource allocations of older couples”

Summary: This project aims to analyse processes and outcomes within older households using national, large-scale representative data and mixed methods research design. In an ageing population where households are becoming responsible for provisioning retirement needs, understanding what happens in older couple households is important. The project expects to influence policy by generating evidence relevant to the design of regulations governing the allocation of superannuation assets, tax incentives for alternative forms of retirement savings, asset and income tests on the Age Pension, and initiatives targeting older Australians’ financial literacy.

The Feminist Economics Research Notes (FERNs) provide concise summaries of articles published in each issue of Feminist Economics, with the aim to make important new feminist economic research available to a broader audience. The notes provide policymakers, activists, and students with access to informed analyses of economic issues influencing the well-being of women, children, and men.